.
You are here: Home / Performances / Events / The Rolling Stones Still Don’t Have It 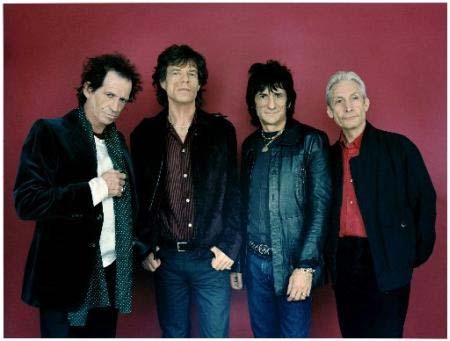 Well, it was no Jackson or McCartney performance. The Super Bowl XL halftime show was full of yawns and rooster-like prancing, completely devoid of any arousing material- unlessÂ you got a good look at Mick Jagger’s six-pack.Â  The Rolling Stones delighted and disgusted football fans alike with their halftime show performance.

First of all, let’s just get it out of the way- the choreographer, or lack thereof, for the Stones needs to get back to the drawing board.Â  Who put their stamp of approval on Jagger’s dancing style so many years ago?Â  We have had to live with the consequences of that action too long now.Â  Please, retract, retract!

Apparently during pre-approval of the halftime show, the Rolling Stones had agreed to ditch these lyrics.Â  I supposeÂ it was all too Ed Sullivan for the hard and seasoned rockers.

And nowÂ some words from NFL Commissioner Paul Tagliabue regarding the Super Bowl halftime show:Â Â

“We were extremely disappointed by the … halftime show. It was totally inconsistent with assurances our office was given about the content of the show.

“The show was offensive, inappropriate and embarrassing to us and our fans. We will change our policy, our people and our processes for managing the halftime entertainment in the future in order to deal far more effectively with the quality of this aspect of the Super Bowl.”

Oh wait, that was Tagliabue’s quote from Super Bowl 2004 in which Janet Jackson showed us her softer side.Â  But it seems to apply to all halftime shows these days, don’t you think?Â  Why I even think Tagliabue’s secretary, I mean administrative assistant, should have this very quote emblazoned on his letterhead &Â business cards to avoid having press conferences every year!

If you ask me, this years’ Super Bowl halftime show was offensive, inappropriate and embarrassing, we invited night of the living dead to perform.Â  If making it through drug overdoses and rehabilitation and booze and too many wives to count and being a part of the coming and going of bellbottoms gives you the eternal key to stardom, I need to sign up.Â  If prancing and dancing around like a reckless and mildly retarded rooster gives you millions of dedicated fans, I’m interested.Â  If you can make bank by just being able to stand up with your guitar at the age of 60, count me in.Â  IÂ guess I’ll have to leave all that up to theÂ Rolling Stones.Â IÂ can’t get no satisfaction.Â