.
You are here: Home / Movie News / ‘The Expendables’ Takes Number One Spot During Opening Weekend 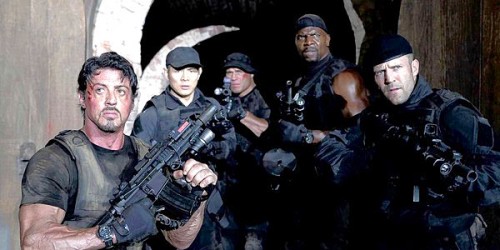 The Expendables and it’s all-star cast edged out Julia Roberts and Eat, Pray, Love this past weekend to take the number one spot at the box office. The movie earned $35 million, compared to Julia’s run of $23.7 million.

Still it wasn’t a bad weekend for Roberts with her movie about a woman’s international search to find herself costing considerably less to produce.

Also as expected, the film was very popular with middle-aged men who loved watching the films actors during their ’80s and ’90s run.

A sequel for The Expendables is already in the works.