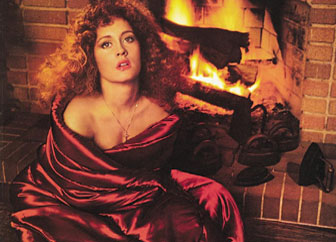 R&B singer Teena Marie was found dead in her Pasadena home this weekend, she was just 54 years old.

Discovered by Rick James in the ’70s, Teena was soon a favorite at Motown Records, creating such hits as “Square Biz” and “Lover Girl” as well as “Casnova Brown”, “Portuguese Love” and many other chart toppers. Her hits eventually gave her the name “The Ivory Queen of Soul.”

Marie began her MoTown career in 1979 as the ripe young age of just 19, her first album did not feature her picture for fear a white songstress at MoTown would create backlash for the company.

The singers body was discovered by her teenage daughter who tried to wake her up at 1PM PST on Sunday afternoon. According to the singers publicist she suffered a grand mal seizure, although no official statement has been made in regards to her death at this time.

After 10 years of prescription drug abuse Teena had recent begun to tour again.

Our condolences go out to her family.