Perhaps some of the Tweets surrounding Bears quarterback Jay Cutler were warranted after all. Less than a week after pulling himself out of his teams playoff game against the Green Bay Packers, Cutler was seen strutting around Los Angeles with girlfriend Kristin Cavallari.

The couple were spotted on a shopping trip, including a stop at Crate and Barrel and from all accounts Cutler was doing a fine job keeping up with Cavallari, despite nursing a knee bad enough to pull him out of the biggest game of his life.

As a Bears fan I was even more miffed to learn that Cutler and Cavallari used the stairs at Mastro’s Steakhouse in River North, even though there was an elevator available. A guy with a bad knee doesn’t take the stairs, shame on you Cutler.

Miami Beach was the place to be this weekend, with celebrity-studded pre-Super Bowl parties and all. Maxim magazine made sure their yearly football fete wasn’t one to forget. Check out some of the stars that got their fill of—sing with me now—“patron, tequila, me and my mamacita…” 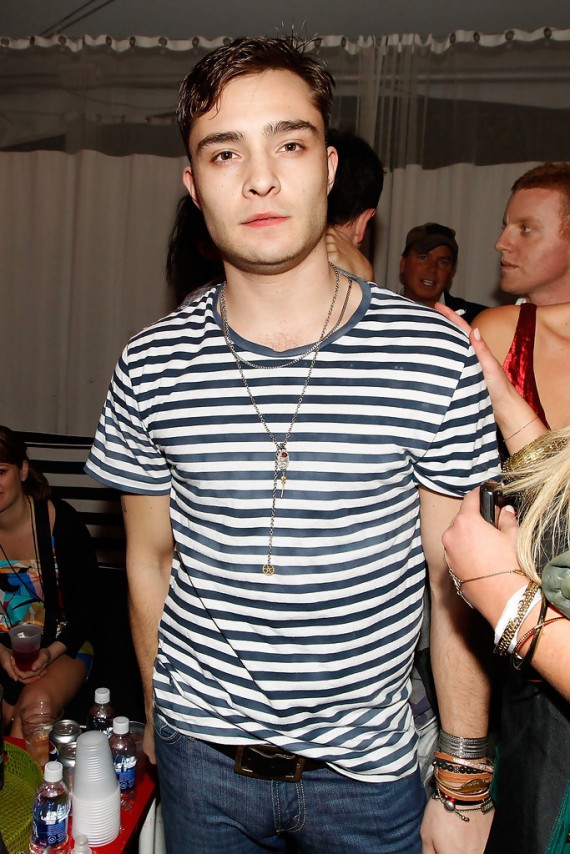