.
You are here: Home / TV / Steve Carell Is Leaving The Office 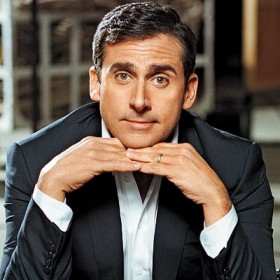 Carell has won a Golden Globe for his role on the show and has been quoted as saying he wants to spend more time with his wife and two young children as his main reason for leaving the show. Carell started on the show when in premiered in 2005 and has helped make the show one of the most popular TV sitcoms of all time.

Fear not Office junkies, The Office may not end, with NBC execs saying back in May that the show is an ensemble piece that could continue without Carell.

Unfortunately without their star it just wouldn’t be as good! Perhaps show creator Ricky Gervais could step in to take over…if only!