.
You are here: Home / Celebrities / Stars of the Internet Dubbed the worst song ever, Rebecca Black’s “Friday” has received over 167 million views on YouTube. Made and released through ARK Music Factory, the song and accompanying music video was paid for by Black’s mother at a cost of $4,000. It has entered into the top 100 music charts in the UK, USA and New Zealand and has featured in an episode of Glee. In March 2011, Black signed up to DB Entertainments and is due to release her album during late 2011. Following her success, Black has also appeared in Katy Perry’s Last Friday Night (T.G.I.F) video however fame comes at a price and the Anaheim Police Department are currently investigating death threats received by Rebecca in February 2011.

Perez Hilton is an American blogger known for posting photographs altered by his doodles and is hated by celebrities. Prior to running PerezHilton.com, he had an unsuccessful career as an actor followed a brief stint as managing editor of gay magazine Instinct and a receptionist for the gay events club Urban Outings. He began blogging because “it seemed easy” and his truthful insight into the world of celebrity became popular. Since his rise to popularity, Hilton has been involved in many legal battles against celebrities including Britney Spears and Jennifer Aniston.

Despite having over 60 videos posted on YouTube and MySpace, the simply titled “Leave Britney Alone”, Chris Crocker’s video defending Britney Spear’s failed 2007 MTV Video Music Awards comeback performance, was the one that brought him international fame. The YouTube video has been viewed over 40 million times, has over 600,000 comments and led Crocker to be interviewed on such shows as CNN, The Tonight Show with Jay Leno and Fox News. This was his third YouTube video about Britney Spears and was followed by a five second video of Crocker blinking and in 2011 sees the release of his first music album titled “The First Bite”. 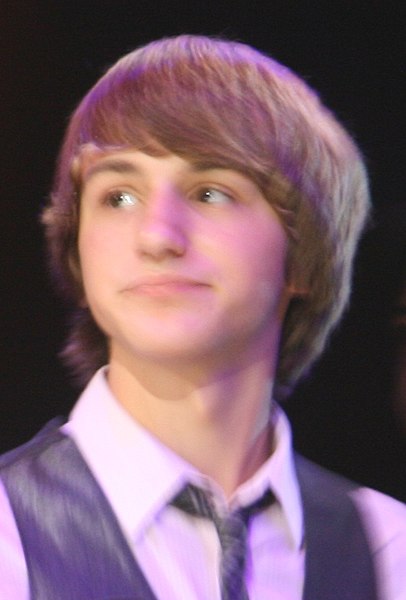 Lucas Cruikshank started the YouTube channel JKL Productions with his two cousins and started releasing his Fred Figglehorn videos. He then went onto set up the “Fred” channel, which became the first YouTube channel to gain 1 million followers. Following this online success, children’s TV channel Nickelodeon made Fred: The Movie in 2010 with March 2011 seeing a sequel also starting production. To date he was won the Choice Web Star Award at the 2009 Teen Choice Awards. Judson Laipply is the Evolution of Dance. It has received over 127 million hits on YouTube and during the 6 minute duration, it spans the last 50 years of dance history and incorporates 30 different dance crazes. With floor fillers such as Hound Dog, YMCA, Grease Lightening, Billie Jean, the Birdie Song, Can’t Touch This, the Macarena and Bye, Bye, Bye, Laipply states his inspiration as a mentor who told him to find his own way. Since the phenomenon started, Laipply has an active Twitter profile (@judsonlaipply), continues as a motivational speaker and has made two evolution of dance sequel videos.

Who knows who the next internet celebrity will be, maybe it’s you?!

This guest post has been provided by broadbandchoices.co.uk; offering comprehensive and impartial advice on broadband.