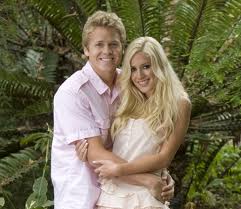 “Heidi’s made it very clear that she is not interested in releasing any tapes. It looks like she pulled the kill switch. Spencer’s not interested in further destroying their relationship by pursuing an avenue she’s so vehemently against.”

The letter goes on to state that Spencer is surprised Montag turned down so much money:

“Spencer thought $5 million would be enough to convince her, but now Heidi is saying she’ll bring out the legal team if he persists.”

Of course Spencer says it was all to help his soon to be official ex-wife:

A publicity stunt? Given these fame mongers, I would say they probably thought it up together, but that’s just my opinion.