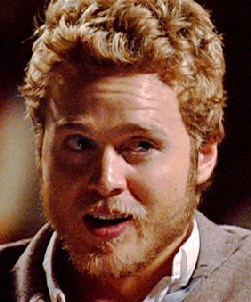 Legal documents have surfaced showing that reality TV star Spencer Pratt was arrested in Costa Rica over the weekend while trying to make his way back into the United States. His crime? possession of firearms, a possible felony offense.

“As part of my spiritual cleansing I’ve spent the last week living alone in the jungle, reflecting on my past transgressions, and working to become a better person. I had to live off the land, and hunt to survive. As I departed the country this morning to continue my spiritual journey, I mistakenly brought my hunting weapons to the airport. It was an honest mistake, and they sent me on my way.”

Rumors are pointing to yet another made up storyline by the soon to be divorced couple. Last month Pratt visited Montag in Costa Rica because he had nowhere to go.

“I have nothing in Malibu, I’m homeless, I’m nothing without her.”

According to TMZ Pratt was in fact booked and processed, at which point he turned over the weapons and signed a confession.