If I were to ask you to name five movie/TV characters that best represent fashion, I’m pretty sure Sex and the City’s Carrie Bradshaw would be in your list. The people at the Costume Institute of The Metropolitan Museum of Art had the same gal in mind when they organized their upcoming spring exhibit. 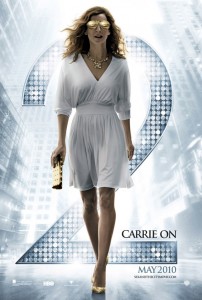 Entitled “American Woman: Fashioning a National Identity,” the exhibit will “reveal how the American woman initiated style revolutions that mirrored her social, political, and sexual emancipation.”

They enlisted the help of Sarah Jessica Parker by getting her to record the audio guide to accompany the exhibit. “Because of Sex and the City, she is so much associated with New York and with America, and with using fashion as a way to shape identity,” curator Andrew Bolton said.

Would SJP’s tour guide voice entice you to attend the exhibit?