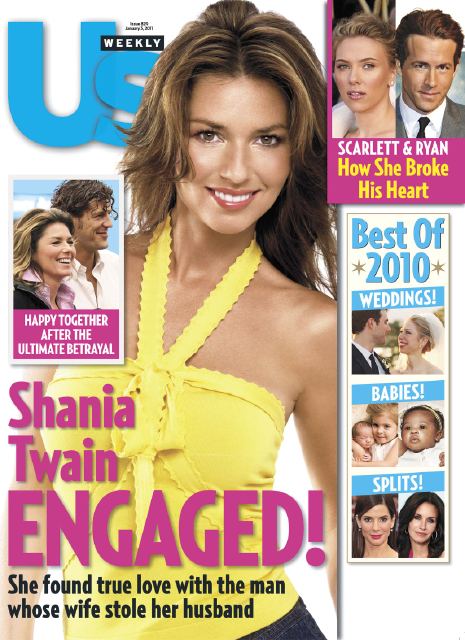 Shania Twain will marry for the second time, announcing her engagement to Frederic Thiebaud.

Frederic is an executive at Nestle and asked Shania to marry him two months ago according to a snoop for Us Weekly.

Thiebaud is the ex-husband of Twain’s former best friend Marie-Anne Thiebaud — the woman Shania’s former flame Mutt Lange abruptly left her for in May 2008. Both Mutt and Marie-Anne denied the affair, but in the wake of the alleged betrayal, Shania and Frederic, Marie-Anne’s jilted husband, reached out to each other, bonding over their mutual heartbreak and ultimately falling in love.

According to The Daily Mail, her soon-to-be husband helped design the three-carat emerald cut diamond ring, the cost? Around $100,000.

Shania earlier this year credited her soon-to-be husband with helping her through a trying divorce, she called him:

“A dear friend and true gentleman … We leaned on one another through the ups and downs, taking turns holding each other up. We’ve become stronger and closer through it all.”

Congrats to the happy couple.