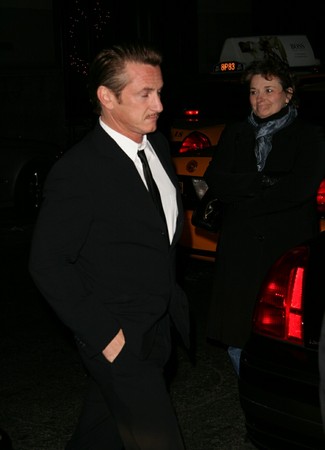 Penn was awarded a Creative Coalition Award Monday & during his acceptance speech, the Mystic River actor not only called for the impeachment of President Bush & VP Cheney, but also managed to answer his cell phone mid-speech.Â  You just gotta love the guy.Â  Here he is now:

“If the Justice Department then sees fit to bunk them up with [disgraced former Enron CEO] Jeff Skilling, so be it.”

Ha!Â  What an acceptance speech.Â  I love it & I embrace Penn’s somewhat ill-placed freedom.Â  Hoping you enjoyed my own hilarious ill-placed underscores.

What do you think of Penn’s speech?