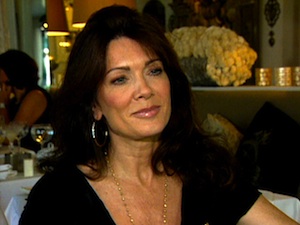 If Lisa has one thing on her side it’s her power, over the last 28 years she has owned 26 restaurants, bars and clubs thanks to her entrepreneur husband Ken Todd. Among their holdings? LA hotspots Villa Blanca and SUR. While Kim is a rumored alcoholic who was sent to rehab at least one by sister Kylie.

“Not only does Lisa think that Kim is a sad lush, she also feels that Kim isn’t technically a housewife — since she isn’t married,” the insider told the Enquirer,  “Lisa has demanded that execs fire Kim before next season.”