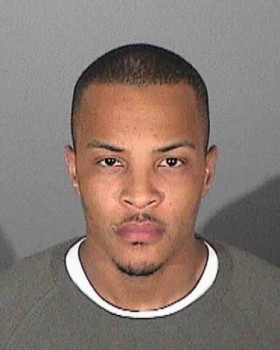 T.I. is heading back to the big house after he violated his probation in September when he was arrested for possessing the drug ecstasy.

T.I. told US District Judge Charles Pannell quite simply that “I screwed up. I screwed up big time and I am sorry.”

This newest run-in with the law isn’t something new for T.I., he’s a convicted felon with various drug arrests stemming back to his teenage years. The rappers probation stemmed from a gun possession charge in which he was given just one year in jail, plus 1,000 hours of community service in which he was to speak to children about the dangers of drugs and gangs.

T.I. is also a 13-time Grammy nominee and a 3 time winner of the award.

Before heading back to prison, T.I. did do one good charitable act, a 24-year-old Atlanta man was about to jump from a 22-story building when T.I. jumped in and saved the day, convincing the man to step away from the ledge.