The couple secretly tied the knot in a hush hush ceremony which only had four people in attendance. Apart from Craig’s 18 year old daughter, Ella , Weisz also had her 4 yr old son Henry standing by. There were only two other friends who shared this blissful day in NewYork with the couple.

After a nine year relationship with “ Black Swan “ director Darren Aronofsky, the actors have finally broken their silence on their years of platonic friendship. Craig was also in a previous relationship and engaged to Satsuki Mitchell for five years.   Reports started buzzing in November 2010 when they there were first linked, as a result of their upcoming horror movie “ The Dream House”.

Both Weisz and Craig are currently doing a movie where they play husband in wife in “The Dream House”. True enough, this made things much more convenient for them to be linked in real time.

In case you’re having a hard time pinning a face to Daniel Craig, the actor is best known in his portrayal of the amorous dashing debonair, James Bond. Craig is up for the 23rd movie series of James Bond entitled “ The Girl with the Dragon Tattoo”. Although the sequel has been delayed due to some financial issues, progress on the film still hasn’t pegged a release date.

On the other hand, you can mark down horror movie popcorn dates for “The Dream House” in September. 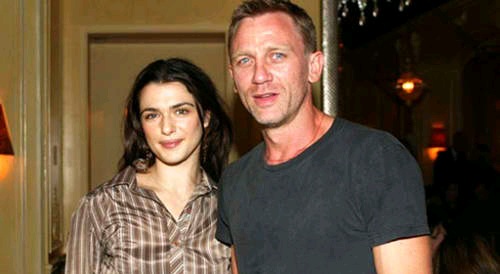