.
You are here: Home / Divorce / Pink files for divorce 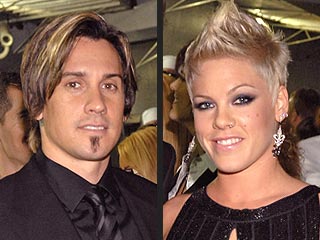 When rumors that Pink’s marriage was on the rocks first circulated, the pop star dismissed it as “trash talk.” But her publicist finally admitted that divorce was in sight.

Pink and her reality star hubby Carey Hart have separated. “This decision was made by best friends with a huge amount of love and respect for one another,” says the publicist, “While the marriage is over, their friendship has never been stronger.”