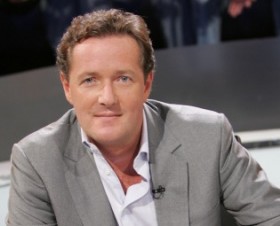 Piers Morgan of America’s Got Talent and the winner of Celebrity Apprentice 2008 has married his long time girlfriend and British columnist Celia Walden. The wedding took place in London on Thursday according to the couple’s rep.

Amanda Holden, Morgan’s fellow judge on Britain’s Got Talent released her own congratulations in the form of a tweet:

“Piers got married today!! I could not be happier for my lovely friend!” adding “Celia his wife is fabulous! Big party for us lot very soon.”

Morgan and Walden started dating in 2006 and they announced their plans to marry in December 2009.

Congratulations to the happy couple!