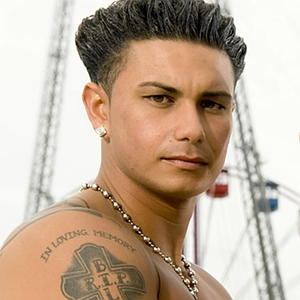 Linn also explained that Pauly D, the lesser known of the Jersey Shore cast (but second highest earning) was selected over his more famous counterparts becuase:

“Viewers are curious about his life away from the shore and we look forward to exploring new possibilities around that.”

After MTV made the announcement, Pauly D tweeted:

No premiere date for the show has been announced at this time, but you can catch Pauly D when the new season of Jersey Shore kicks off Jan. 6 @ 10 PM / 9 PM Central.