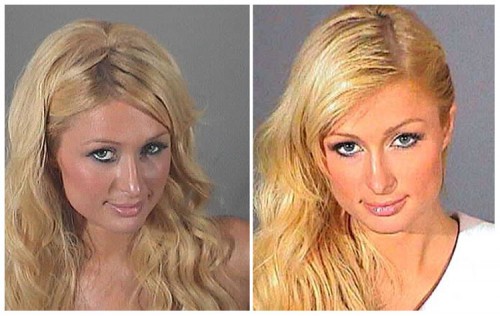 It looks like being arrested on marijuana charges during the World Cup in Africa is the least of Paris Hilton’s worries at the moment as it’s being reported by PEOPLE.com that the hotel heiress was arrested on Saturday with cocaine in her possession.

Here’s the stupidity of the year award part of this most recent arrest, Hilton was in a Black Escalade that was stopped when police saw marijuana smoke billowing out of the vehicle, at which time they found what appeared to be cocaine in Hilton’s purse and was later confirmed to be the illegal substance.

Paris also had a run-in with the law in 2007 when her DUI arrested forced her to spend 23 days in jail. After her released Hilton told Larry King during an interview that she was re-examining her party lifestyle, given her last few months, she must have evaluated partying to be an important aspect of her life.

Before we jump to conclusions, Hilton is saying the cocaine wasn’t hers. Her defense? She says she would never be caught dead with the handbag it was found in, with high priced lawyers on her side she may even make a judge and jury believe that story. Perhaps she isn’t as dumb as we all think, maybe she used the decoy bag on purpose for that very defense…nah, she really is too stupid to think that one up.