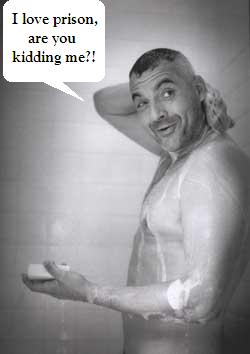 Ummmm, we may not be seeingÂ Tom Sizemore for quite a while.Â  The actor whoÂ by now has won has-been status is being charged with five felonies associated with his arrest earlier this month.

Sizemore is being charged with one count of transportation as well as possession of methamphetamines & three counts of possession of prescription drugs that didn’t exactly have his name on them.

Good ole druggie Tom was arrested back on May 8, after the cops learned that the actor had been using crystal meth outside of the Four Points Sheraton Hotel.

Well, let’s hope Tom likes prison, ’cause he’s probably going to be there for a while.