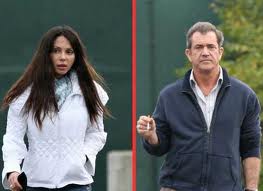 Oksana Grigorieva wants Mel Gibson to pony up more child support, requesting an increase from $5,000 to $40,000 per month according to celebrity news site TMZ.

$60,000 per year isn’t a bad sum for raising their baby girl Lucia, plus Gibson also pays for her Sherman Oaks house, but reportedly Oksana wants much more.

The new request is on top of the $2,500 per month Oksana already gets from her 13-year-old-sons father Timothy Dalton.

Here’s the rub, regardless of how much Gibson is worth, it’s going to be hard to convince Judge Scott Gordon that her 9-month old baby costs 20 times more to raise than Alexander, her teenage son.

One source scoffed, “Lifestyle is not an issue for a 9-month-old. Think she knows the difference between a Ford and a Bentley?”

Oksana’s petition for money hasn’t been ruled out, but it will be an uphill battle unless Gibson simply decides to pay her to avoid more bad publicity.