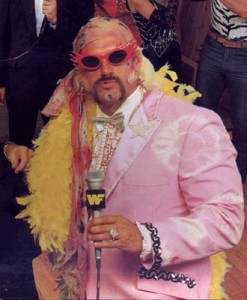 This jack-of-all-trades is not done yet. He was a wrestling pro, he was an actor, he was a Navy Seal, and he was governor of Minnesota. Now, he is back with his own TV series titled “Conspiracy Theory With Jesse Ventura.” The show will be about modern day conspiracy theories and will be shown later this year.