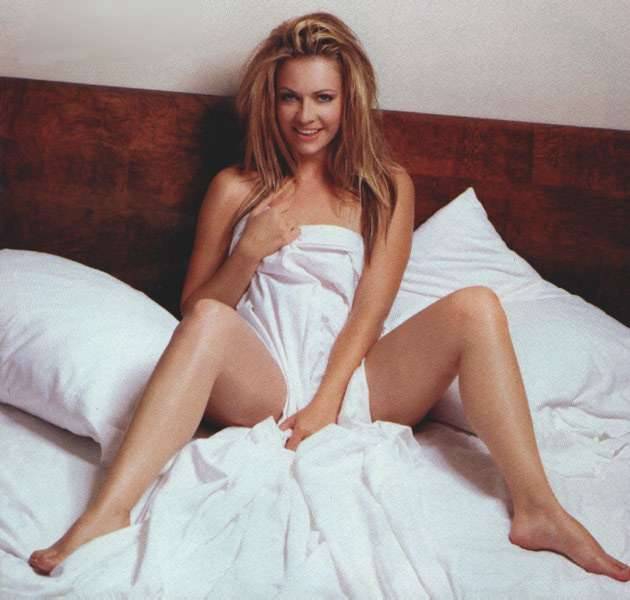 Sabrina, the Teenage Witch actress Melissa Joan Hart has it hard up for American Idol Chris Daughtry.Â  On her Web site, Hart reveals that not only is she still living in middle school, she’s a little on the homophobic side as well.Â  Here’s the scoop compliments of Socialite’s Life:

“Chris Daughtry must be stopped

I am so sick of all the articles saying Chris wrote the song “It’s Not Over”. Then the other day I saw in In touch that Ace Young is taking credit as well. Bulls*&%t. Mark fully wrote everybit of that song except the new lyrics in the chorus…which are gay anyhow. Mark wrote the song about his ex- manager screwing him over and they turned it into a fairy love song. Anyway just wanted to vent and give my man his due credit. If anyone agrees, write in to the rags and let em have it. I am!!!”

Well, maybe there is hope after all & some hooligan hacked her site, but I kinda doubt it, don’t you?