Remember when she had a penchant for butterflies, rainbows, and all things pink and purple? Now it’s all about angels for Mariah Carey. 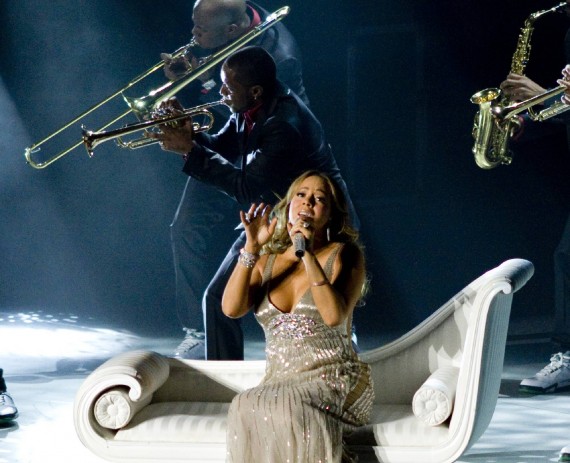 Last week she released the official music video for “Angels Cry,” a collaboration with R&B singer Ne-Yo, and “Up Out My Face” with Nicki Minaj. Check out “Angels Cry” below.

The 40-year-old has also announced that her 13th album entitled Angels Advocate will be available on March 20th. Her previous album, Memoirs Of An Imperfect Angel, did well in 2009, and fans are expecting her 13th studio album to be, well, angelic.