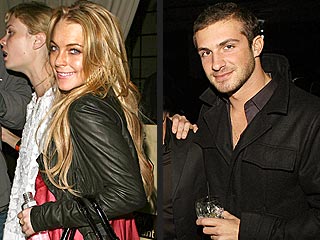 What is the appeal of Stavros Niarchos? Lindsay Lohan was all over him at a Hollywood party (aah, she didn’t waste any time after ending her rehab romance). But watch your step, Lindsay. While stealing a guy from a small-town girl may have little consequence, you don’t want to cross paths with Paris Hilton. She wanderd around the room, asking where Stavros was gone, and God knows what hissy fit the spoiled socialite threw when she found out that Lindsay had gone off with her boy toy.

But Paris may have no one to blame but herself. Stavros didn’t seem to enjoy her company. “He wanted nothing to do with her and seemed so annoyed by her, he left the partyâ€ to hang out with Lindsay, a source said.

Hilton, unaware she had irked Niarchos, was then seen wandering around â€œasking where Stavros had gone.â€

Ooooh, are we going to see a bitch fight?