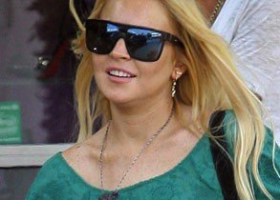 Elinore Quit, the celebrity assistant to Lindsay Lohan has been offered a $50,000 advance to provide a tell all about the life and times of Lindsay according to the NY Post.

There’s unfortunately a good chance Quit won’t take the offer since she’s afraid such a tell all will mean she’ll never work again in Hollywood.

“Lindsay met Elinore through a mutual friend and she began spending more and more time at Lindsay’s apartment. She was still paying rent on her own place but essentially was living at Lindsay’s.”

Elinore wanted to leave the job, but as Lohan went through a stressful time in her life she stayed on as her assistant. Eventually Lohan was making 24/7 demands that became to much and her extremely bossy attitude made Elinore cut ties. It also didn’t help that at times Lohan wasn’t paying her as agreed.