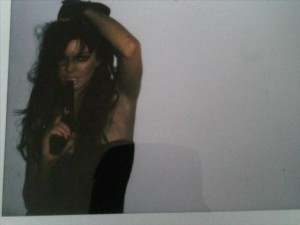 A few hours later, she posted a behind-the-scenes video of the photo shoot courtesy of hollywood.tv. The hollywood.tv crew disabled comments. Perhaps they had a hunch that haters would take it to their youtube site.

She also slammed her dad Michael Lohan, as well as her ex-girlfriend Samantha Ronson by tweeting: “[sic] tired of @samantharonson Playing the innocent card, while chatting to tmz just like my ex-father, when all I’ve ever done is fall for a girl.”

Yikes. Somebody’s having a bad week.