.
You are here: Home / Celebrities / Legendary Lynn Redgrave: Gone at 67 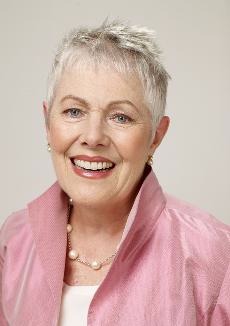 Sad news: the legendary actress Lynn Redgrave has just passed away at 67. The actress had been battling breast cancer for the past seven years, underwent a mastectomy and chemotherapy in 2003, but finally succumbed, according to a statement from her children, via her publicist Rick Miramontez.

Lynn Redgrave has long list of classic work that made her the legend she is but according to IMDB, got her start in the 1963 film Tom Jones. Her most recent appearance was last year in the TV shows Ugly Betty and Law & Order: Criminal Intent. Recent film appearances included My Dog Tulip and Confessions of a Shopaholic, both from 2009.

Redgrave is the sister of another legendary actress, Vanessa Redgrave. The Redgrave sisters — children of Sir Michael Redgrave — suffered other tragedies recently. Last year, Vanessa’s daughter with Tony Richardson, Natasha Richardson, died from head injuries in a skiing accident. Then just earlier this month, Corin Redgrave, brother of Lynn and Vanessa, passed away. Other surviving members of the Redgrave clan include actress Joely Richardson. Lynn Redgrave is survived by her children with John Clark: Ben, Kelly and Annabel Clark.