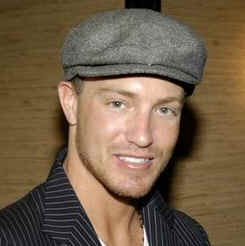 Lindsay Lohan has received “pre-jail” words of wisdom from one-time con and Prison Break actor Lane Garrison. Garrison spent more than a year in Prison after a deadly DUI accident which killed his 17-year-old passenger when he crashed his Land Rover into a tree.

According to TMZ Lohan met up with the 30-year-old actor on Wednesday night and he offered her some advice about her prison stay, while answering any questions Lindsay had before she entered the big house for 90 days (although her stay will likely be cut short).