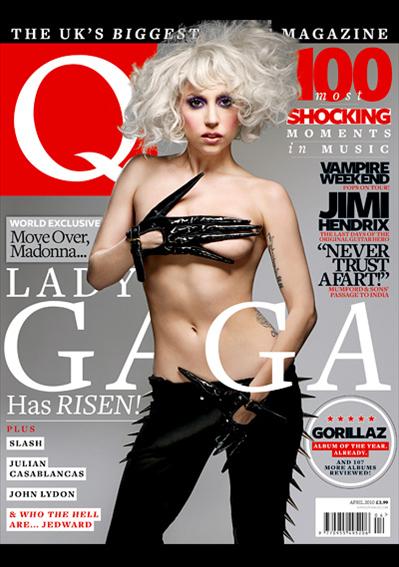 Out in the newsstands today in UK is Lady Gaga’s Q Magazine cover. The cover blurb reads “Lady Gaga Has Risen” and shows a topless Gaga, with one hand strategically covering her assets, of course. 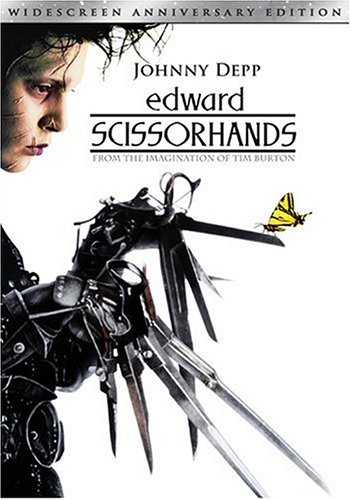 [sic] Since her debut single, Just Dance, crashed to Earth with the force of a meteorite in 2008, Lady Gaga has become both the biggest and the most extreme pop star on the planet. With over 8 million album sales and three global Number 1s to her name, she is mainstream culture’s most controversial “nutter”. Q spoke to the global starlet about the phenomenal rise of Lady Gaga, the artist, the person and the media phenomenon. The 23 year old with more confidence than most global mega-stars twice her age was as candid as you’d expect and things went to plan, well, for the first part at least… “It’d be a real f**king story, right?”, she says with a smile.

Other than Lady Gaga, this month’s issue features 100 Most Shocking Moments in Music, The Last Days of Jimi Hendrix, John Lydon, Rufus Wainwright, John Belushi, Mumford & Sons, and much more.