.
You are here: Home / Celebrities / Kim Kardashian / Kim Is The Cat’s Meow

The thing about being a celebrity is that people criticize everything that you do—and I mean everything! Kim Kardashian was being her usual celebrity self when she posted this photo on Twitpic on Monday: 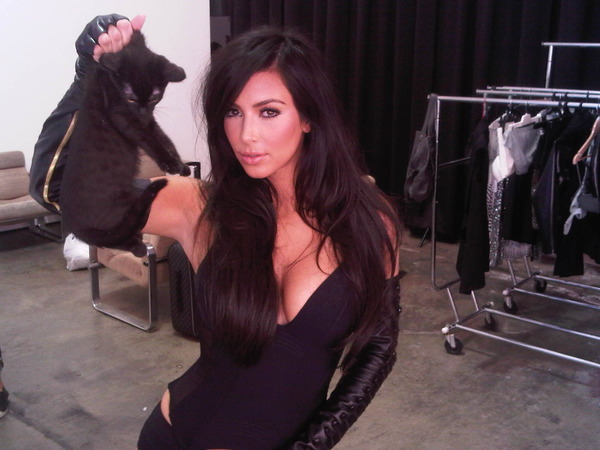 The caption read: “Pic from my shoot yesterday…good kitty cat!”

What followed was a barrage of negative comments from people who think that she was hurting the cat with the way she was holding it.

Kim quickly defended herself on her blog by saying, “I have been getting negative comments regarding the way I was holding the kitty, but rest assured, the owner and vet were on set and showed me how to pick him up. The cat was not harmed in any way and is perfectly fine! I love animals and would never do anything to harm any animals.”

PETA begged to differ. “Kim Kardashian isn’t the only person who mistakenly thinks that because a mother cat picks up her kittens by the scruff of the neck that a supportive hand under the rump isn’t needed,” they said in a statement. “But I’ll bet plenty of fans have let her know—nicely, we hope!” they added.

Now we know how to pick up a cat.