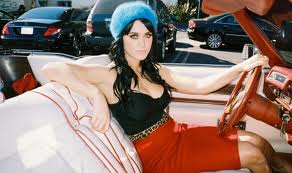 Katy Perry threw a surprise party for kids at her old high school today. The concert was a surprise for students and went down right after the final bell rang.

According to sources close to Perry, Katy was dropping by Dos Pueblos High School outside Santa Barbara, CA., the school where she spent her freshmen year. The concert was free and open to students and faculty.

TMZ says an employee spilled the beans about the concert, announcing that it was Katy’s idea and the school thought it would be a great experience for their kids.

According to school officials, they are aware of the singers “racier” songs like “I Kissed a Girl” and that’s why the concert is happening after school so students and/or parents who take issue with her songs can leave as they see fit.