.
You are here: Home / Engagements & Weddings / Katy Perry and Russell Brand Get Married In Grand Ceremony 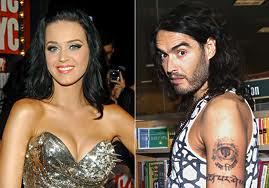 Katy Perry and Russell Brand are officially married, having swapped vows on Saturday during a grand ceremony at Rambagh Palace in Jaipur, India

Rambagh Palace is where the couple got engaged and a rep for the couple released the following statement to E! News:

“Russell Brand and Katy Perry are overjoyed to confirm that they were pronounced Mr. and Mrs. Brand on Saturday, October 23,” while adding, “The very private and spiritual ceremony, attended by the couples’ closest family and friends was performed by a Christian minister and longtime friend of the Hudson Family. The backdrop was the inspirational and majestic countryside of Northern India.”

According to hotel employees the couple had bird cages with flowers, Indian instruments, and songs from Rajasthani folk musicians. They also had a bazaar setup the day before their nuptials where guests could pick out saris and jewelry to wear at the wedding and then the reception where they enjoyed performances by 40 folk musicians and dancers.