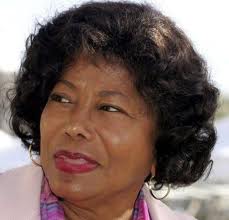 Apparently Katherine Jackson, the mother of Michael Jackson, can’t afford to live on her current estate allowance of more than $26,000.

Jackson has petitioned the court as of yesterday, asking that the judge increase the amount of money she receives from her deceased son’s estate.

“Counsel will give notice of proposed action re: adjustment to family allowance for the benefit of Katherine Jackson.”

It should be noted that the money Katherine receives is just from the estate, she reportedly makes a ton of other money from side projects.

It’s amazing that a one time poor family can’t survive for one month on more than many families make in this country in an entire one year period.