.
You are here: Home / Celebrities / Kanye West / Kanye West: I Am NOT The New King Of Pop 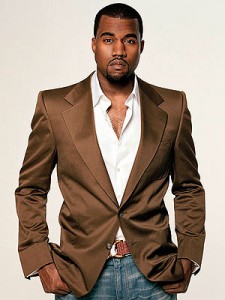 Rapper Kanye West has always been outspoken, sometimes too much for his own good. The latest hullaballoo stems from allegations that he said that he is the new King of Pop. He was quick to deny the rumors, though, and says that “Not only did I not say that, I haven’t said anything. It makes me feel bad that obviously I made people feel that I would be corny enough to say something so whack after the passing of an idol, a legend and more than that, a human being with feelings and family.

Poor guy, he has always been misunderstood I think. I just hope he didn’t really say that. Otherwise, he might just have earned the ire of millions around the world. That would be a waste of talent in my eyes.