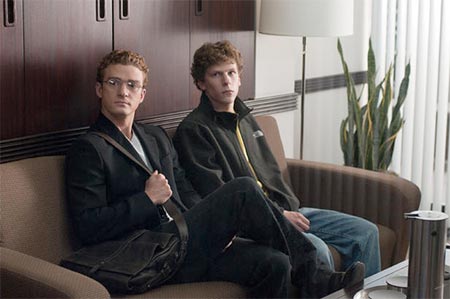 Justin Timberlake wants an Oscar for his role as Napster founder Sean Parker in the smash hit biopic The Social Network and industry sources are now saying that he’s begun to heavily campaign for the award. Timberlake currently has six Grammy’s and two Emmy’s.

According to the Page Six Column of The New York Post, Timberlake is preparing an aggressive campaign to be nominated for the top acting award.

Timberlake already has a Facebook campaign supporting his bid for the Oscar.

“He’s hell-bent on getting a nomination this year…Sony is footing the bill for advertising the awards campaign, but Justin is also doing things his own way, including attendin Academy screenings on his own and privately reaching out to award winners and Academy darlings Tom Hanks and Kevin Spacey for campaigning advice.”

Nominees will be announced in January 2011.

What do you think, should Timberlake be nominated? I loved his role in The Social Network and I do think he deserves a nomination, but competition for the top award is very stiff this year.