.
You are here: Home / Celebrities / Justin Bieber Gets A PETA Ad 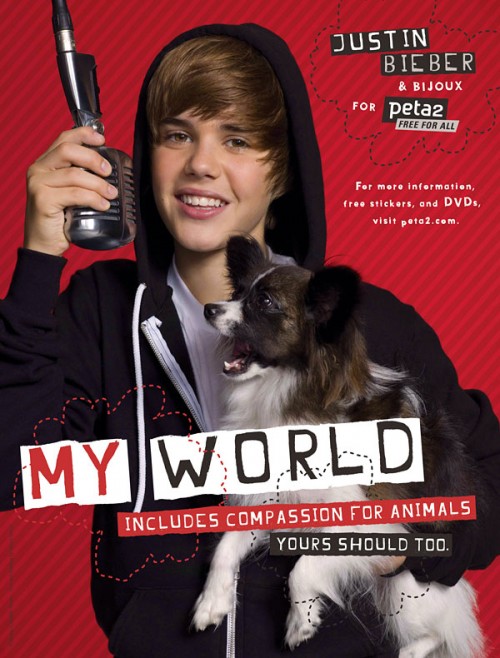 Teen singing sensation Justin Bieber loves animals and to show his support for our furry friends he’s featured in a new PETA ad.

In the ad (pictured above), Bieber holds onto Bijoux, a friendly pooch who sports the headline:

“My World Includes Compassion for Animals. Yours Should Too.”

The point? don’t go to breeders, adopt a pet.”

Bieber bought his own puppy “Sam” last year when he made the move from his native Canada to the United States.

“We moved to a city where we didn’t really know anybody, so I kinda wanted a friend around. And Sam was kinda like that friend,” while adding “My Dad and I used to go and hang out … just go and visit the different animals and stuff. It’s really important that people adopt. I really encourage going out to an animal shelter or a place where you can get a dog that has been abandoned or doesn’t have a home.”

Good for you Bieber, now if only your music had as much sense as your choice in pets.