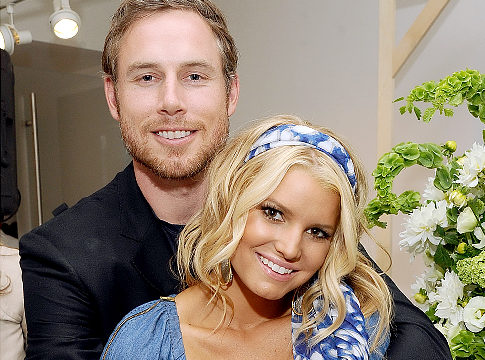 Jessica Simpson’s fiancé Eric Johnson gave her  three-stone ruby engagement ring, but he didn’t take her out to a fancy meal or plan a get away to give her the stone, instead he hid the ring inside a pair of shoes and then had her pause the show Parenthood so he could propose to her.

“He had the ring in his shoe at my house somewhere,” while adding, “I was like: Why hide it in a shoe? But it worked. I had no idea.”

Johnson proposed on November 11th but not before asking her family’s permission and according to Simpson, somehow her family managed to keep it a secret, even though they are terrible at that sort of thing:

“He had talked to my mom and dad and my sister three weeks before he asked me,” she says. “I can’t believe all the Simpsons kept a secret.”

Simpson has had an exciting few months, an engagement, her Happy Christmas CD and now she says her music “is my number two priority, next to love.”

Remember the last time love was her number one priority?