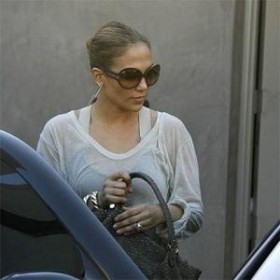 Jennifer Lopez scrapped her upcoming Cyprus show and now she’s facing a lawsuit that could cost her as much as $40 million.

Lopez was suppose to perform at the opening of the hotel complex Cratos Premium in Turkish Cypriot on july 24th, however her show was slammed by Cyprus Action Network of America officials and she withdrew her performance.

According to her rep:

“Jennifer Lopez would never knowingly support any state, country, institution or regime that was associated with any form of human rights abuse,” adding, “After a full review of the relevant circumstances in Cyprus, it was the decision of management to withdraw from the appearance. This was a team decision that reflects our sensitivity to the political realities of the region.”

Lopez is being sued by the CEO of the hotels management company, who believes losses from her cancellation will total upwards of $40 million, a ridiculous amount of money considering even at the top of her star status in 2002 she wasn’t worth that amount of money for a full tour let alone a single show.

Murat Bozoglu said of his lawsuit:

“The contract has not been terminated. If she does not show up for the concert, we will begin a procedure in the courts to claim 35-40 million dollars in damages,” adding “The cancellation… is not covered by any clause in the contract she signed with us.”

So much for Lopez ever playing another show in Cyprus…I consider that a win for the citizens of Cyprus.