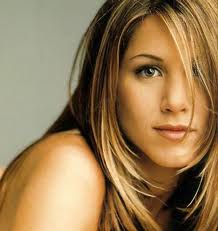 Jennifer Aniston just launched her new perfume Lovalie this past week at London based Harrod’s and now she’s already being forced to change the name.

The name change comes after her marketing team realized that the name was too close to Marc Jacobs own perfume Lola which may have confused some buyers.

When asked to explain the name of the fragrance Aniston said:

“It’s a long story and honestly it’s too personal to tell, but it has a special significance.”

“It turned out as we were getting close to the launch, there was something out there that was very similar and it was just going to get very confusing in the marketplace. And at such a late hour, I didn’t want to postpone the launch so the only thing we could really clear was my name.”

Personally I don’t think the Lovalie name is a big deal, really not confusing at all! What do you think?