.
You are here: Home / Celebrities / Hollywood and the Nursing Industry

Perception is reality, and Hollywood knows this like no other. Entertainment consumers, if they don’t run into real life situations where they interact with certain types of professionals, will default on the Hollywood version. This can be particularly true with healthcare professionals – just consider the case with nursing. How often have you, personally, dealt with a nurse? Perhaps when you were in a hospital, or maybe when a family member or friend was in there. That does not account for a whole lot of time, and your personal experience probably is not a great indicator of the industry as a whole. But how much time have you spent watching nurses on TV or in movies? There’s the ticket to your beliefs! 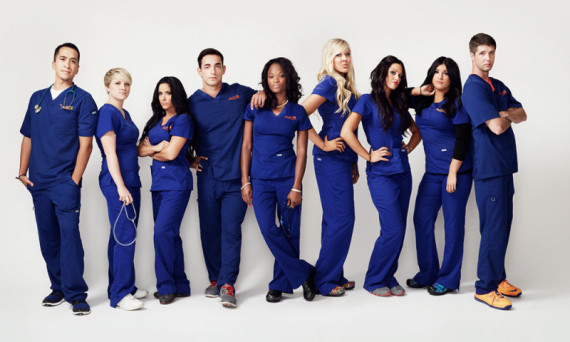 If there are injuries that need to be healed on the movies, there are doctors and there are nurses. Watch any war movie, and find the stereotypes. They can go from the cold, clinical and stern perspective, to the full-blooded, full-bodied, white mini-skirt and tilted cap variety. These stereotypes can either make you want to be a nurse, want to be treated by a nurse, or want to never see one for the rest of your life! They are plot structures, as opposed to reality.

Television nurses are given a bit more leeway and time to develop, so they can give a more accurate and deep reflection of the character of the nurse, but the actions of the nurses themselves may be biased toward comedy, romance, or drama, which, once again, is going to skew your overall vision of what the profession means. Whereas there will be a lot of accurate information about technology and processes, there is always going to be a tendency toward movement and action rather than detail and depth about the field itself.

Nursing has gone through many stages regarding gender acceptance and equality. Historically and culturally, there have been times when only men or only women were allowed to be nurses, and the reasons for those periods were sometimes logical, sometimes political, sometimes, geographical, and sometimes religious. There has never really been a time where the genders have been on equal footing though, in terms of opportunity and pay scale. Hollywood does not necessarily help this by maintaining stereotypes in it’s programming.

For your part as a viewer, it’s important to approach any professional from a rational viewpoint, especially if you are considering it for a career. Eliminate the glamour and inequality from the Hollywood version of nursing, and you’ll have a better opportunity to see it for what it is. Find someone in the field who is willing to talk to you about day-to-day operations, and look past the plot structures of the characters on the screen.