.
You are here: Home / Celebrities / Heidi Montag Has an Image Disorder 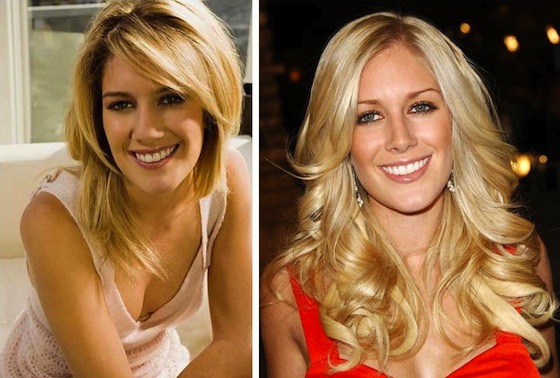 Heidi Montag’s dad, Bill, apparently thinks Spencer Pratt is not a bad influence on his clueless daughter, who seems to have taken on an addiction to plastic surgery. Well that’s interesting because Spencer’s own parents supposedly recently removed all photos of him from their house after Heidi’s mother had the police called on her, either by Heidi or Spencer. Why? Because Heidi’s mom hung around outside their house because she was worried about the safety of her daughter, who is rumored to live in filth with Pratt because of his non-housebroken dogs.

Pratt has openly said he doesn’t let wife Heidi watch TV or go online. And yet she still has an obsession with being plastic looking beautiful? As drastic as Heidi’s change of appearance has been, her dad stands by her decision — and that after she changed her phone number so that he’s been unable to reach her. Hmm. Can anyone say “image disorder” and “time for an intervention?” I’m guessing not every plastic surgeon follows the code that requires a psychiatric assessment before putting someone under the knife.