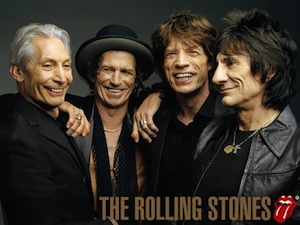 The Rolling Stones have been touring for nearly 50 years, have sold more than 200 million records and they’ve become household names, now the senior rockers are planning a farewell tour for 2011.

According to British newspaper The Sun the group will perform in 2011 as part of a farewell tour.

“They’re likely to perform in stadiums. It’s almost certainly the last full-scale world tour. The band realize that age is creeping up on them. They want to bow out on top of their game, and not short-change their fans.”

The last time the Stones toured was from 2005 to 2007 as part of their “Bigger Bang World Tour.” The Stones earned $558 million, making that tour the highest grossing of all time.

No exact dates for the farewell tour have been announced at this time.