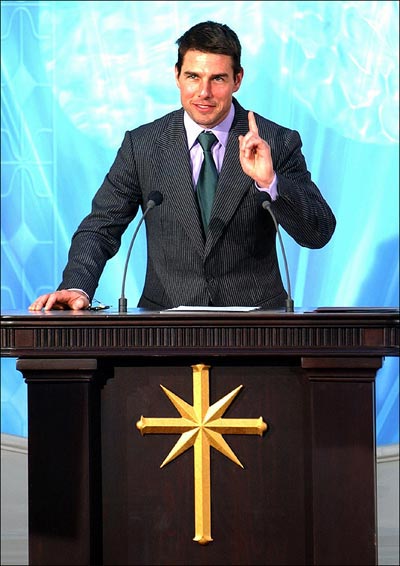 I think I foundÂ something else to love about theÂ fair country of Germany, they too also hate Scientologist Tom Cruise.Â  Well, I guess hate is a strong word, maybe just a very strong dislike.

Anyhoo, apparently Cruise was set toÂ star in a movie about a plot toÂ assassinate Adolf Hitler, but it appears as if Germany is not allowing the directors to film at militaryÂ sites due to Tom being a Scientologist.Â  KnewÂ that was going to getÂ him into trouble one day…

GermanyÂ does not recognize the Church of Scientology because theyÂ feel it’s really just aÂ sneaky way of getting money out of folks,Â and I’m not sure that they’re thatÂ farÂ away from the truth.Â

A German military spokesman stated that the directors “will not be allowed to film at German military sites if Count Stauffenberg is played by Tom Cruise, who has publicly professed to being a member of the Scientology cult”.