.
You are here: Home / Engagements & Weddings / Fourth Time the Charm for Lisa Marie? 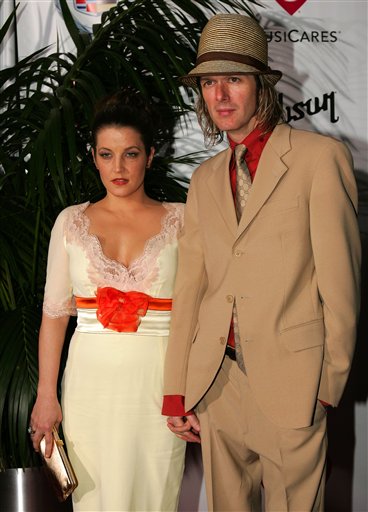 The one we call Lisa Marie Presley has tied the knot, again.Â  Was the groom Marilyn Manson?Â  An ElvisÂ impersonator?Â  Or Gollum?Â  Nothing would surprise me now from the singing-handicapped ex-wife of Michael Jackson.

ET has confirmed that Presley was hitched to musician & producer Michael Lockwood.Â  Which works out fine for her.Â  She can shout “Oh, Michael!” and really be thinking about Jackson’s wondrous ways.

They were married January 22 in Kyoto, Japan in a traditional Japanese ceremony.Â  Priscilla Presley did the honor of walking her daughter down the isle, while her former husband and father of her two children, Danny Keough, was the best man.Â  Hmm.. who’s decision was that?Â  Lockwood’s parents were also in attendance.Â