.
You are here: Home / Mischief & Mayhem / Fantasia Nearly Dies After Overdosing On Aspirin And Sleed Aid 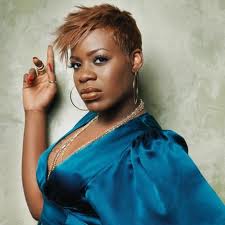 Fantasia Barrino is currently spending some time in a North Carolin hospital, it has been discovered that the former American Idol champ had overdosed on a combination of Aspirin and a sleep aid.

According to Indyposted, Fantasia was recently named in a lawsuit by Paula Cook who accused the singer of having an affair with her husband, Antwuan Cook.

Brian Dickens, the manager for Fantasia told the Associated Press, that she was “overwhelmed by the lawsuit and the media attention.”

“Last night, Fantasia was hospitalized. She took an overdose of aspirin and a sleep aid. Her injuries are not life threatening. She was dehydrated and exhausted at the time,” Dickens said in a statement.

We’ll file this one under “developing” for the time being.