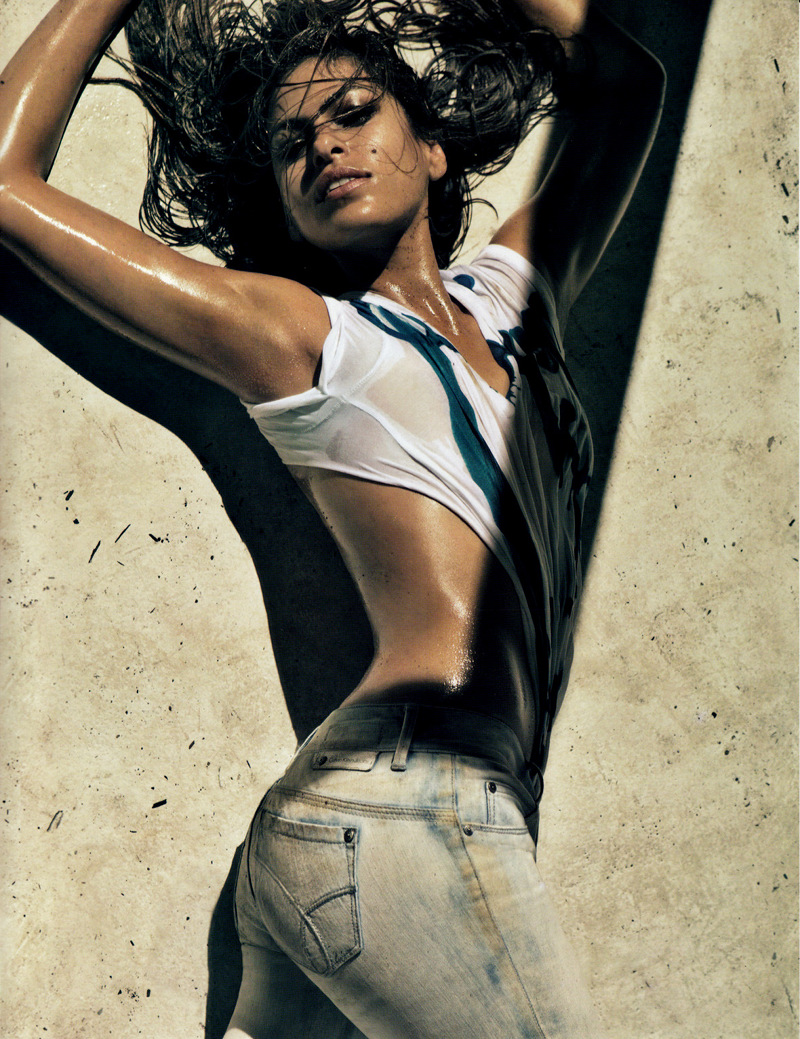 When I last spoke about Eva Mendes I didn’t have too many nice things to say about her acting. I’m sticking to that and suggesting that she take up a career as a professional model. Screw the acting game because to put it bluntly, she is a much better model than she is actor.

These pics aren’t even the spicy ones, but I can’t post those because my boss won’t give them to me. He is in the back room using them to build a shrine or something, I don’t know what he does back there. All I know is that there are a weird noises that come from that place every time he goes back there. It gives me nightmares.

If you look at her resume on IMDB you can see that as time goes on, she is casted in less and less stuff. I guess I’m not the only one that notices that her looks trump everything else. This isn’t something she should be ashamed of, she needs to embrace the hotness and make the most of it while she can. It won’t last forever, ask Madonna, Meg Ryan and Cat lady.

Now I have to ask if women even wear Calvin Klein jeans. I thought they were geared towards men and if they are, seeing a hot pic of Eva Mendes isn’t going to convince me to wear them. Not when she looks better in them than I do.