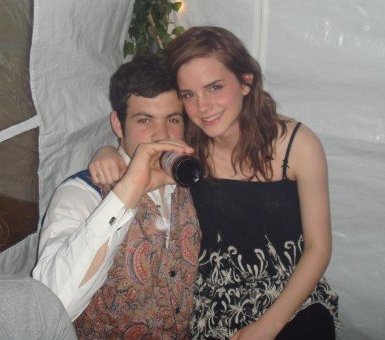 Is Emma Watson dating Johnny Borrell of Razorlight (who also happens to be Kirsten Dunst’s ex)? The two were spotted at the Vanity Fair/Burberry exhibit. He was showing her around, and from the light in her eyes, had the Harry Potter star completely under his “spell.”

But Watson’s friends said that she was probably just starstruck. She’s had a long and very serious relationship with Tom Ducker,a rugby player (photographed above during a holiday in Spain).

Â In fact, Emma and Burrell parted ways soon after, with him heading to another party, andÂ Â going home with another girl.