What?! Is our home girl playin’ with us?

Unfortunately, no. John Krasinski dropped by The Late Show to confirm that his wife really isn’t a fan of his Men’s Health-worthy bod.

“She hates it. She would way prefer to have doughy guy back,” he laments to host Stephen Colbert.

The former The Office star goes on to tell that earning those muscles and abs wasn’t the easiest thing. 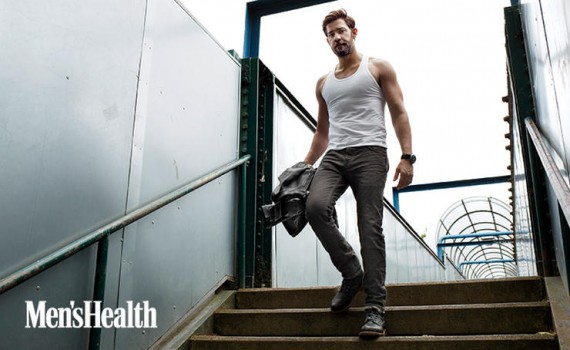 Describing his sessions with trainer Jason Walsh, the actor says, “And it’s real work, too. I thought it would be like, ‘Yeah, let’s eat a couple Power Bars and do push-ups.’ And he was like, ‘No. It’s going to be a living hell for six to eight weeks.”

The hard work paid off, boy!