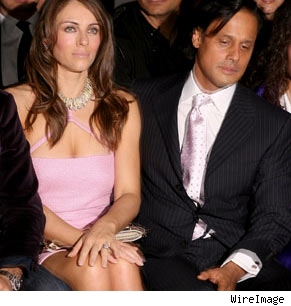 According to TMZ, Hurley’s father-in-law is lashing out at the actressÂ & her new hubby Arun Nayer.

“I feel that Liz and Arun behaved shamefully and placed more importance on showing off than their own family.”

The father-in-law went on to say that the newly married couple made he & his wife feel like “social outcasts” at their wedding where guests like Elton John & Elle Macpherson received more attention.

According to her new family, they have “cut all ties” to the newlyweds.

Ouch, that one’s just gotta sting a bit.Â  I dunno, guys.Â  I have too much love for Liz to think she would knowingly behave that way.Â  What do you think?