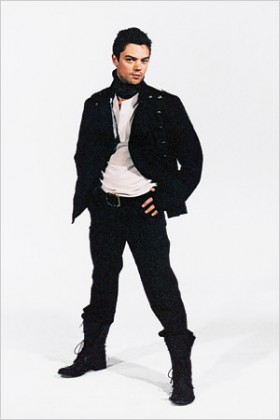 Dominic Cooper is set to take part in Captain America: The First Avenger. In the movie Cooper will play the younger version of Howard Stark.

If you’re unfamiliar with Howard Stark, he’s the father of another superhero, Tony Stark, better known as Iron Man.

The movie synopsis is rather simple, here’s a PopCrunch synopsis:

The film will follow Steve Rogers, who participates in a program that ends up turning him into Captain America. In addition to Dominic, the feature also stars Tommy Lee Jones, Hugo Weaving, Hayley Atwell, Sebastian Stan, Stanley Tucci, and Fantastic Four star Chris Evans as Roger.

Captain America: The First Avenger will debut on July 22nd, 2011.

Are you as excited as I am to see this movie become a reality?